Heavy Metal Heart Festival is an event first organized in 2006 and still going strong support metal acts – both small and well known – across Europe. The festival has been organized for about ten times now, first editions being in Spain and last three editions were held in Helsinki in form of a club festival.

Giving a chance to smaller bands, by letting them play alongside the bigger names is a smart move and attracts all kinds of audiences. This year the festival lasted two days, of which on the first day there were parallel events in two bars: Elmun Baari and Virgin Oil, attracting very interesting bands. But it is 7 October 2017 that I went to check out Heavy Metal Heart Festival for the first time. On the lineup for today: Winterthroned, Brymir and Korpiklaani. Check out the gallery here.

Winterthroned is a pagan metal folk band originating from Helsinki. There was already a decent amount of people when Winterthroned started playing. Jokes and fun on stage aside, the band played about 7 entertaining and tight-ass songs. It was my first time to see the band play live, but I am very intrigued to find out more about them. Their music is great and has a lot of potential. The atmosphere on stage is in general a blast, as the band seems to love having a chance to perform. The singer who is not a Finn, even sang a song in Finnish and he nailed it. The highlight of the show was when the bassist started a circle pit in the crowd. Even though I’m not really a fan of those, it did seem like a lot of fun and certainly did well to make the atmosphere in the crowd rather positive.

So the atmosphere was pretty much set, but when Brymir started their show, the crowd got even wilder. Brymir an epic pagan metal band from Helsinki, who have released their second album in 2016, make sure They started of with a very energetic, but tight performance and it surprise me a lot. In the past year everyone has told me I should check out Brymir but I never really had the time to actually do so. So I was happy that I was asked to cover this show, so I made up for the lost time. Because you want to know what? I loved the show, I like their music and I am looking forward to discover more. Catchy epic riffs, tight-ass rhythm sections, headbang-worthy songs, what’s not to like? The band played about 8 songs, personal highlight for me was “For Those Who Died”. The audience seemed to like the show a lot, as there were a lot of mosh pitts going on and a lot of fun in general.

Now. The Middle Ages had their Carmina Burana as form of drinking songs and entertainment, we nowadays have our Korpiklaani. I’m sure that the general atmosphere is as violent and fun as in those times. Korpiklaani started with great energy. A while ago I wrote a review about their latest DVD. Even after watching the DVD and having seen them some times before in the past, it always feels like as if Korpiklaani hits me with a baseball bat in my face with their energy. Like the word energy doesn’t feel like enough to describe how much this band is putting effort into their live performances. Truth be told, I was afraid that the stage at Virgin Oil would be a bit of a struggle for them, because it is kind of small and I figured maybe this show might not be as crazy as others. Boy, I couldn’t have been more wrong. 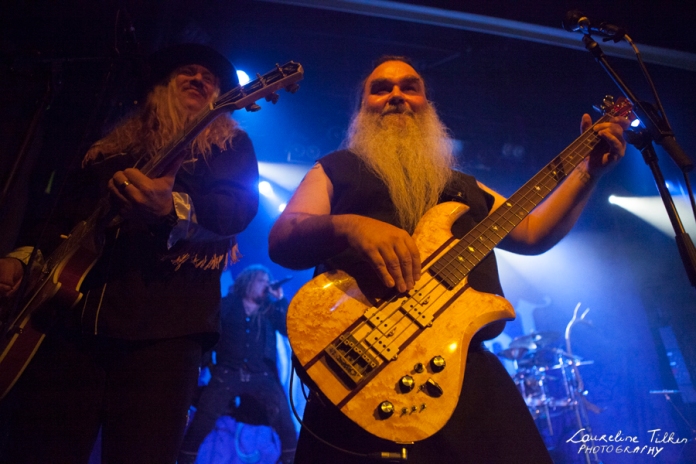 Vocalist Jonne Järvelä has more energy than a hyperactive squirrel on coffee and the rest of the band join in as well. The set list was a good mix of old and new songs.  The crowd got really excited as well, moshing from the start up until the end, even though as some points I got really anxious about that, after all, you gotta protect your gear when the mosh pits are close and Virgin Oil is the worst venue when it comes to safety. There is not much room and glass breaking everywhere. After some distraction by someone throwing their drinks over a lady and getting a bit aggressive, I got to enjoy the show again though. The best part was about to come as the band started playing “Wooden Pints”. And after an energetic “Vodka” and “Beer Beer” the party was over. 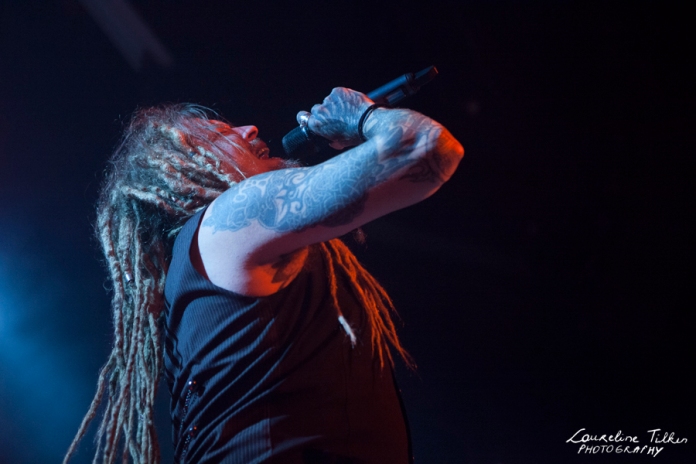 Interview with Arion — “Arion can do pretty much what they...

Interview with Pihka is My Name — “Nobody is just a...

ABOUT US
Tuonela Magazine is your number one source for heavy metal and rock music in Finland.
Contact us: tuonelamagazine@gmail.com
FOLLOW US
© © Tuonela Magazine, 2021