Hautajaisyö from Iisalmi, is here with their latest “Matkalla Kohti Hautaa”. A ten track album, that makes a strong impression. The album will be released on February 2nd, 2018, by Inverse Records. was formed in Iisalmi. Hautajaisyö plays melodic death metal, with once in a while also very apparent influences from thrash metal. 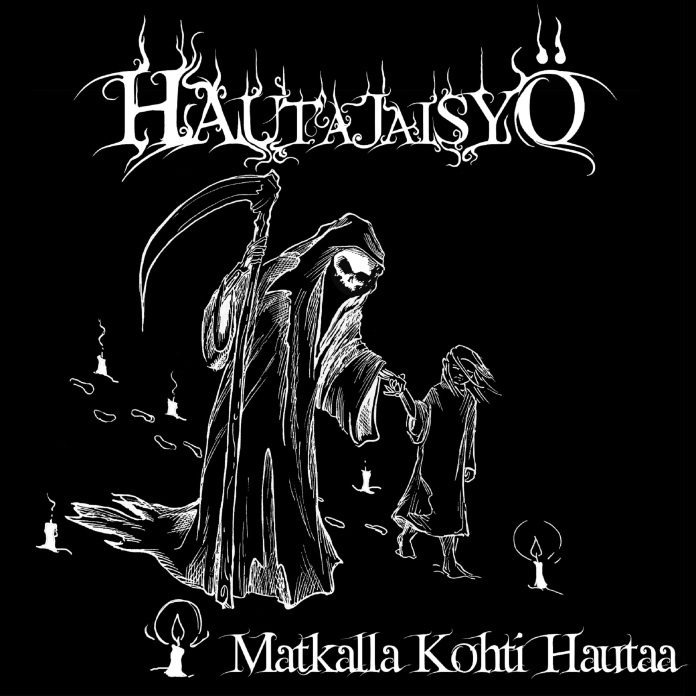 The “Intro” starts off quite simple, a calm guitar tune makes us warm for the next song coming up. When “Tunteeton” came up, I have to admit I was a bit surprised. The song is a very powerful beginning to the album and serves us great riffs, heavy drumming and a lot of raw power and energy on a plate. In “Tunteeton” the combination of thrash and melodic death metal is very strongly present, which makes the song already one of the strongest on the album. For me personally the highlight of the album is “Lähdön Hetki”. Here, the guitar riffs are crafty, thoughtful and the atmosphere really fits their description as being the Messengers of melancholy and death. “Unohdetut” is an interesting addition to the album with Tomas Ahlroos’ clean vocals, the song surprises and it works. Although I personally would have made the clean vocals a bit louder, to stand out even more, because they get a bit lost in the composition. 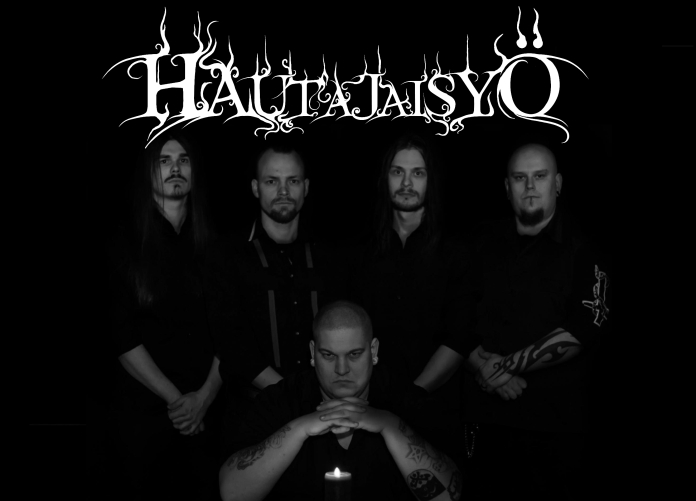 From the first song up until the last one, this album slaps you in the face with its aggression and melancholy. “Matkalla Kohti Hautaa” is very straight forward. The most notable thing is that the album is defined by a great combination of death and thrash. This album is not to be considered as yet another typical melodic death metal album, with its roots in thrash metal, it sounds creative, fresh and the band has developed an authentic sound.
The album is well written and the sound is quite raw. They managed the produce a collection of tracks that flow very well together, a coherent piece. Bearing in mind that the songs have themes such as sad tales of human nature, euthanasia and domestic violence or horrors of ordinary life, the band manages to fit the songs into the message that they are sending. The songs are melancholic, but powerful and have the right amount of aggression. And even though chances are that you don’t understand Finnish language, from the first spin on, this album will grab your attention, especially if you are a melodic death metal and thrash metal enthusiast!