“Bad Blood Rising” is the new album of Santa Cruz that woke up to see the light on 6 October. And what better way to celebrate the third Santa Cruz’ album by having a release party in their hometown Helsinki at Tavastia.
The opening act of the night was Block Buster, a hard rock band formed by brothers Aarni and Jaakko Metsäpelto in Kuopio. As I yet had to discover the band before going to a show, I allowed myself to read their Facebook biography in order to know what to expect and read the following: “If you’re going to a Block Buster show, you will witness an energetic, loud, sweaty & skull crushing rock ‘n’ roll spectacle performed by four young guys having the best time of their lives.”

Now the only question was if that was what I was going to experience and I can only say that the four-piece definitely delivered that kind of a show. The energy coming from the band was extremely fun to watch and the songs sounded catchy and sent me straight back to the 80s. Moreover the guys seemed to enjoy themselves and know what they were doing. The venue was perhaps not that packed yet, but more and more people came in during the show and were most likely pleasantly surprised by Block Buster. The guys played a set of 6 songs, of which one, “Somebody To Shock Me”, they had never played before. “Back From The Shadows” and “Losing Gravity” were also unreleased tracks, allowing us to get a taste of what their upcoming debut album is going to turn out to. The band’s music is easy to listen to and very energetic and showed us a lot of potential. Mark my words, their debut album is going to be a good one! 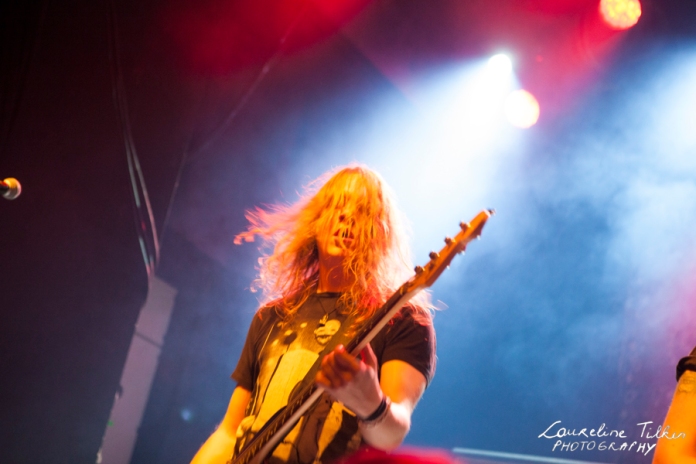 1. To Hell And Back
2. Ain’t On The Chain
3. Back From The Shadows
4. Somebody To Shock Me
5. Bulletproof
6. Losing Gravity
7. Caught In The Crossfire 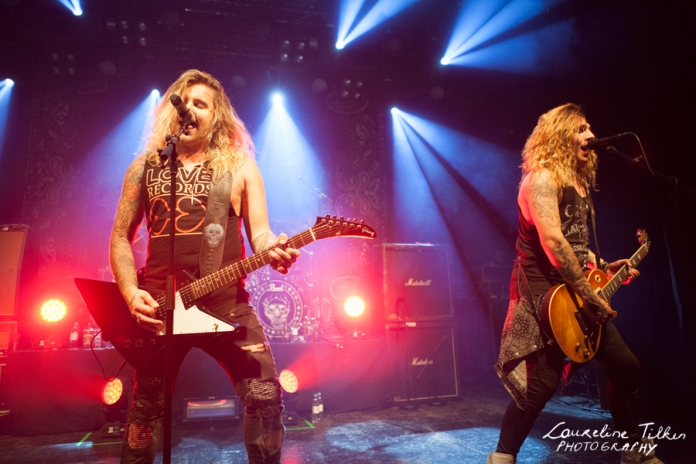 When the venue got more and more packed, it was finally time for Santa Cruz to kick off the release party of their newest album. The set started off with their latest single “Young Blood Rising” and there were already an awful lot of people who knew the song by heart and sang loudly along. From the first song on I knew it was not gonna be safe to be in front shooting pictures, fans got extremely excited and there was a lot of pushing, squeezing and craziness involved when the band got closer to the audience. All of this behavior got wilder and wilder throughout the set, which made me totally miss my usually safe spot at the photo pit. Nevertheless, no photo pit made the show more intimate in terms of interaction with the band and I’m guessing that these guys really love these kinds of intimate sets. 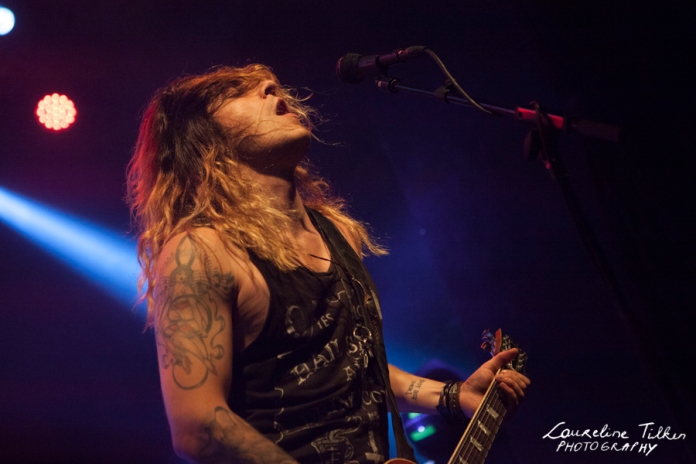 The set list mostly contained a mix between songs from their new album and classics. About 7 songs were new ones and the crowd seemed to love them. One of the highlights of the show was “Free Falling” a tribute to Tom Petty who recently passed away, allowing Santa Cruz to tap into one of their own songs as well. “Breathe” is one of the new songs and definitely one that can make you cry. Well, I think every song that has “Don’t cry” in the lyrics, kinda does the opposite. Nevertheless after this emotional moment, the guys cranked up the volume again and fueled up the place with fire and heat with “Voice of the New Generation”. After that things got pretty wild in the crowd. “Screaming for Adrenaline” marked the end of the show, but not before the crowd desperately wanted more, we thus got three more songs “We Are the Ones to Fall”, “Wasted & Wounded” and finally a much anticipated “Aiming High”. The audience never stopped their everlasting enthusiasm and the band had the same vibe. They seemed to enjoy playing at their hometown a lot and we could often see them smiling. All-in-all a good night, tight set, smooth playing, great lighting and a great performance! 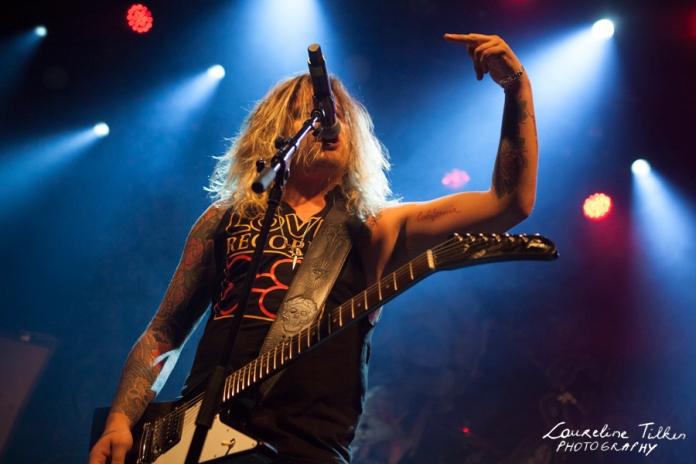 REVIEW: …And Oceans – As in Gardens, so in Tombs

Interview with Uriah Heep — “Keep your expectations low and then everything will flow.”