Imagine that you as a fan get actually a say in what your favorite band plays at their shows, no disappointments, perhaps even some nice surprises, or maybe some songs you never heard them play. It’s in a way a utopia, but that doesn’t mean it doesn’t exist. Finnish act Wintersun organized some special shows in Finland where fans would be able to vote the songs they want to hear at the shows. Check out the gallery here. 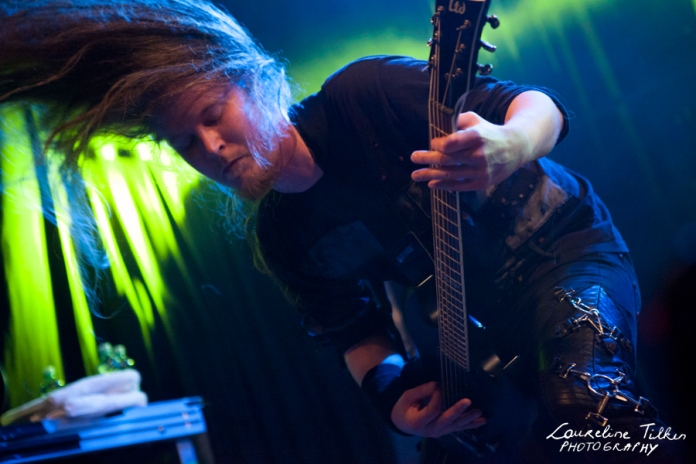 Opening up for the show is the Finnish melodic death metal band Wolfheart, which turned out to be quite a success. There were already many people gathered to check out Wolfheart. I don’t know the band that well, nor have I ever seen them play live. They play a very short, but powerful set. There’s very little interaction with the audience, but their raw energy quite makes up for that. It’s very entertaining to watch Lauri Silvonen and Mika Lammassaari headbanging together, almost like a choreography they are quite synchronized. The band is able to warm up the crowd for Wintersun quite well. 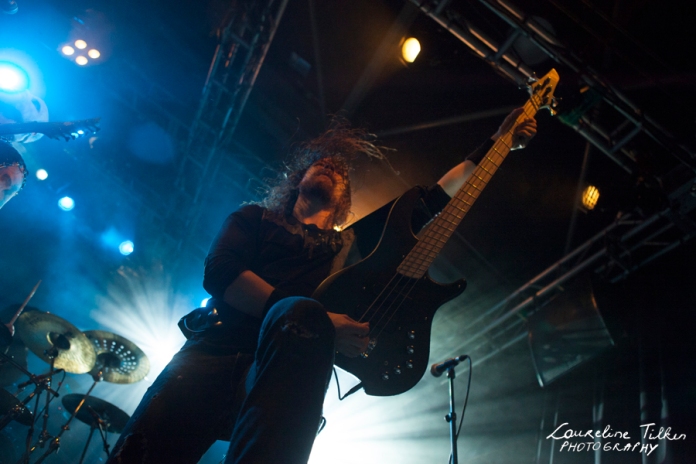 And then it was time for Wintersun, the reason why everyone was present at Nosturi. I also had never seen them play live before, so I was really curious to see what the night would be like. New additions to the band are Rolf Pilve (Stratovarius) who is filling in for Kai Hahto and Asim Searah, who now took over guitar duties from Jari Mäenpää. 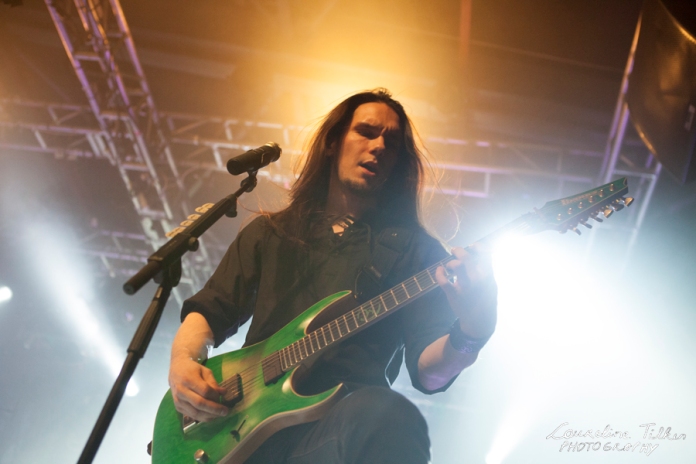 Before the first song kicks in, the front row seems quite excited, shouting “Sauna” the whole time until the band comes on stage with “Awaken From The Dark Slumber”. From the first moments into the gig, I realize that Wintersun is a great live band. They have a great energy on stage. Rolf Pilve proves once again that he is a great drummer and can take a lot of genres, with a bit more of focus on the drum set, he still performs with such ease that it seems an easy matter to drum for Wintersun.

What’s great about this show is that cause you were somehow able to choose your own songs, the setlist was really outstanding. “Wintermadness”, “Starchild”, “Death and the Healing”, all of them were incorporated in the set. My personal highlight of the evening was “Forest That Weeps”, which has an incredibly epic chorus. People were headbanging, shouting along with the lyrics, what an audience. Teemu Mäntysaari and Asim Searah, are very playful on stage, they have a wild energy, which makes it fun to watch. Jari Mäenpää got used to not play guitar on stage and takes a good lead. All in all, it seems like the band has a lot of fun playing. Jari Mäenpää jokes about how many songs the crowd still want to hear, I’m sure that the audience present could listen to all album played from a to z, such enthusiasm.

The requested setlist was outstanding, a good balance of new songs and old songs and contained highlights such as “Death and the Healing”, “Sons of Winter and Stars” and “Time”. I think these concerts are a unique concept and hope they do this – and other bands as well – a lot more often. This also ensures every show is different and you put your fans on the first place, which is a really nice thing. All in all my verdict would be that it was an outstanding performance, Wintersun seems to be great live band and if you had yet to see them, be sure to go to one of their shows, you won’t regret. I had fun from the first up until the last minute. What also was great about the show and should definitely be mentioned as well, is the lighting, which was really outstanding. It somehow matched up with the entire atmosphere and the whole idea behind the band.

Interview with Amorphis — “I would say it’s probably the most proggy album we’ve made.”

Interview with Sonata Arctica — “I let the songs sort of come naturally… whatever comes.”

Interview with Ember Falls – “We felt that we needed to do this album by ourselves.”