Dutch symphonic metallers Epica have released an EP containing 6 numbers, which unfortunately didn’t fit into The Holographic Principle and you can hear right away that they should have belonged there. 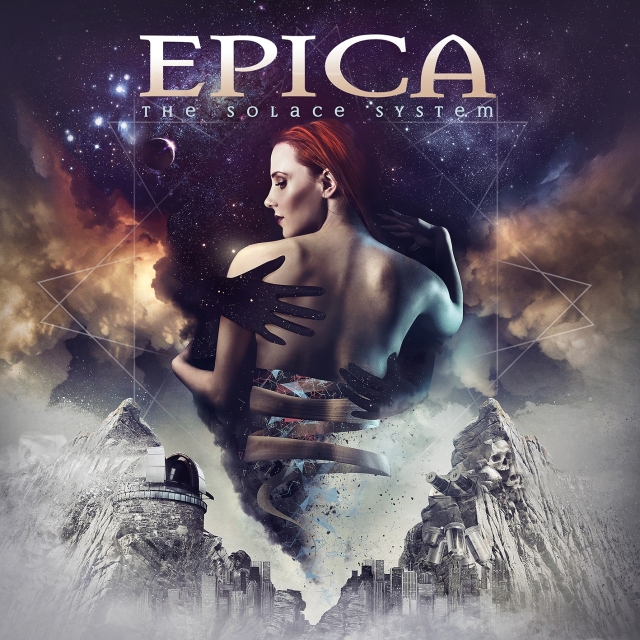 While recording their album The Holographic Principle, Dutch metallers Epica had a few tracks upon their sleeves, which they unfortunately couldn’t include on the album. These tracks were too good though to not be released, which is a good thing, because we can enjoy a fresh EP: The Solace System.
The Solace System contains six tracks, including the typical Epica sounds: choirs, sneering guitars, energetic drums and breathtaking keyboards. With its amazing orchestration, the title track serves as a great opener. The song kicks off with a choir, after which Simone takes control. “Fight Your Demons” is a song we are already familiar with and with its blasting guitar solo, it’s a powerful song. “Architect of Light” is a bit more progressive perhaps, but definitely my favorite track of the EP. After all those powerful tracks, we can find some peace in epic “Immortal Melancholy”. The album ends with a blast with Decoded Poetry.
In general The Solace System eases our craving for a new album already. The tracks on the EP could have been perfectly part of The Holographic Principle and it’s great that we got to hear them anyway!
Tracklist
1. The Solace System
2. Fight Your Demons
3. Architect Of Light
4. Wheel Of Destiny
5. Immortal Melancholy
6. Decoded Poetry

By Laureline Tilkin 3 days ago

By Laureline Tilkin 5 days ago

By Guest Contributor 5 days ago