After Forest is a progressive metal band from Vaasa, which was founded in 2007. “Act I”, the first album was released in 2015, a next release was planned during the consecutive year, but due to the sudden death of Juha Tujunen, the band choose to move the recording process to the future. Now it’s time for that album, “Act II & III” was released in May 2018 and is in memory of Tujunen.

The album is evolving around the theme of how humans would react to their own actions, such as the usage of oil and plastic if they were used by animals instead of themselves. Jukka Karppi comments about the theme that if the neighbor’s dog poops in a common yard, it’s definitely not accepted. But the same people are dumping their trash into the nature without a second thought. This idea is not new, it was inspired by non-fiction writer Alan Weisman and his “World Without Us”.
The album is a little bit over 50 minutes in length, it’s a little bit unconditional as the album has not been divided in clear tracks, there’s only one digital file, one song and the booklet mentions the time coding for each separate song. This makes the whole album flow really nicely from one song to another and thus feels more like a form of storytelling than just playing one song from a to z, which offers a bit more depth into the album. Because of this I also feel that it’s a bit pointless offering you a track-by-track review. Edit: Have to add a small correction here. The album is available in separate tracks, however it is sent to press as one long track, because it’s supposed to be listened like that.
That the album feels more like a story than anything else, is also pretty clear in the variety of the songs collected. One minute you get a doom metal, stoner sound that goes very slowly in which you can totally lose yourself into, offers a very grim atmosphere, the next minute you find yourself listening to sections inspired by death metal or even thrash. What’s nice about the album though is that all the transitions happen quite smoothly, almost as if you don’t notice them at all. One moment just shifts into another and you lose track of time before you even know it. One thing that is clear however is that the album is very melodic, which I always enjoy in albums. It has really nice melody lines as well as heavy riffs, worth headbanging to. What I especially like in the album, is the different moods that are present and how well everything fits in the concept of our behavior to the world and how we have ruined the whole world with our actions. The whole album basically feels a bit like a fuck you towards humanity. The album feels a bit surreal, has a very grim atmosphere.
All-in-all I enjoyed listening to this album a lot and would definitely recommend it to prog metal fans, however it’s open to a variety of an audience. The production of the album fits in well with the style of the concept, however I would have turned the vocals up a notch. Other than that it’s well balanced out and it’s easy to listen to the details of the other instruments. There’s very intriguing moments within the album, which will get you hooked. I also recommend listening to the album more than once, it’s not a quick walk-through if you feel like you totally wanna be immersed. Moreover, the artwork of the booklet is really nicely done and it makes the whole piece into a art by itself. So add After Forest‘s “Act II and II” to albums that you really need to check out this month. 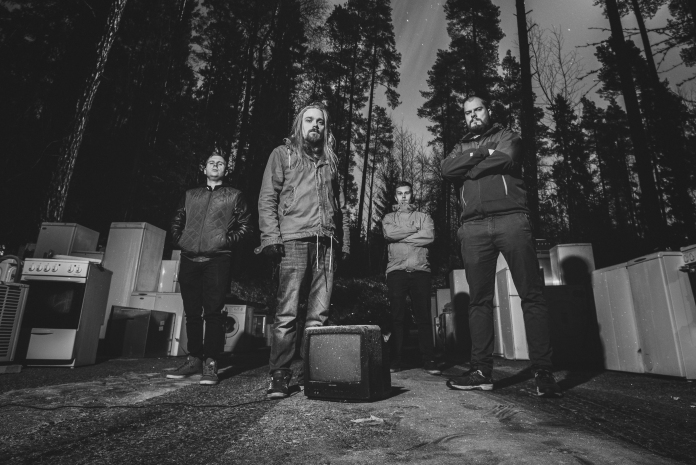 Interview with Classless Act – “It’s kind of a story about being a victim of circumstance.”