Looking back on the first five months of the year, I have found myself in many concerts and other chances that I never imagined to be possible one year ago. Skid Row was also a part of that. When it was announced that they would have a show on 16 May 2018 at Virgin Oil co in Helsinki, I straight away wanted to go. I have been a fan since my teenage years and have never had the chance to see them live, so I was only happy that I got to be a part of this.

The band was accompanied by Finnish rockers Barbe-Q-Barbies. A band, that I was personally not yet familiar with. Since the concert was at Virgin Oil co, a venue that is always such a challenge for a photographer like me, I decided to go quite early to the gig, so I would definitely had a good place later on for photos. Luckily there was still a spot available on the front row, so that’s where I found myself and I’m happy I was there. The venue maybe wasn’t super filled for these 5 ladies, but I soon found myself amazed by the talent that they have. What an energetic show! Heavy riffs, inspired by hard rock, punk and just an amazing, dirty rock ‘n’ roll attitude and during the show I was especially amazed by the multitasking talents of the drummer, also often providing backing vocals. What struck me during the gig is that the harmonies with the vocals were flawless, which is not an easy task when you deliver such an energetic show. I’d totally recommend seeing these gals rock out.

While the band’s songs were not instantly recognizable to me, not a big surprise if you know it’s the first time I heard their music, I felt a certain nostalgia deep inside to the 80s, leaving me with a lasting impression and a smile on my face. Their enthusiasm was definitely contagious as a loud applause soon took over from the crowd. 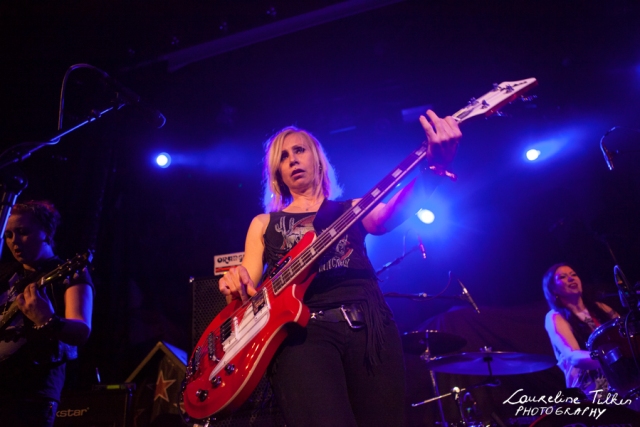 After a quick turnover of the stage, it was time for Skid Row. I haven’t really kept myself up-to-date with recent changes, so when the band came on stage I was surprised by the presence of no other than ZP Theart. I wasn’t 100% sure about it either, until he started singing. ZP delivered a solid set, reached all the notes with such ease and enthusiasm. ZP, probably closest to Sebastian Bach, really nailed it. Moreover, the legend is a great entertainer, unfortunately for me that also meant that as part of the front row, ZP Theart continuously poured water over me, which also made me have a cold the days after. Thanks for that! 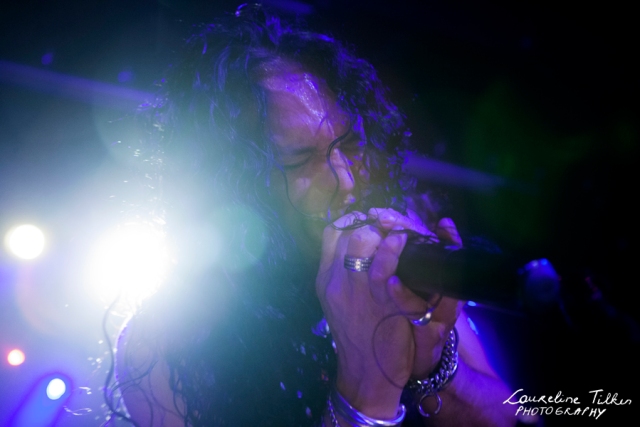 Hits like “18 & Life”, “I Remember You” all pleased our souls and made us crave for more. The band also had a little speech, as they approached the end of their Scandinavian tour. They thanked us for making it possible to make music for a living and then continued on playing more songs. Ballads such as “In A Darkened Room” and “Quicksand Jesus” were really beautiful. Rachel Bolan sang “Psycho Therapy”, a Ramones cover for us which has become a legendary moment in Skid Row concerts.

The atmosphere all-in-all was great, the crowd was cheering loudly and happy and because of the level of intimacy that a club venue such as Virgin Oil co provides, there was a great connection between the audience and the band. The band was so touched by the crowd’s enthusiasm that they didn’t only come back once, they came back twice, with a special song for the evening – and maybe even a little hint – “Get The Fuck Out”. But the definite highlight of the evening was the last song of the evening “Youth Gone Wild”. And thus they delivered an evening of nostalgia, which I was extremely happy to be a part of.

By Laureline Tilkin 4 weeks ago

By Laureline Tilkin 2 months ago