Spiritual Holocaust, a death metal act from Raahe, which was formed in 2010, released their new album “Feast of Maggots” on 26 December 2017 through More Hate Productions. 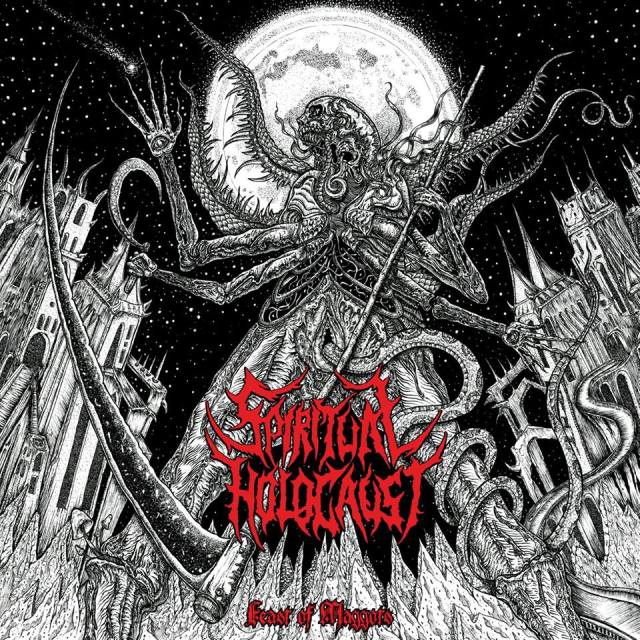 You don’t have spend much time pondering about what kind of music Spiritual Holocaust is playing when taking a look at the album cover. The album cover reminds of 90s death metal acts like for instance Morbid Angel or Bolt Thrower and that indeed is kind of Spiritual Holocaust‘s thing: oldschool death metal. Listening to this album makes me a bit nostalgic.
“Raped By Religions” is the first song and you already kind of get the picture of what the rest of the album is going to be like, there seems to be a symbiosis between the heaviness and melodies. In general in this album, one wouldn’t work without the other. Following that same model, the title track “Feast of Maggots”, offers us heavy riffs which are melodic at the same time. I could imagine myself being at an underground venue, listening to this song while people surrounding me would start a circle pit. Pretty standard though. The tempo drops in “Beneath The Bodies”, but the energy in the album really picks up during “Misanthropic Ways”, where drummer Ville Yypänaho blasts the hell out of his drum kit. This is a nice change after some of the more generic, perhaps traditional death metal songs in the first half of the album. When the first half of the album pretty much is standard death metal, the second half really offers you a true perspective of what the band has to offer us.
The album in my opinion has three highlights, first one begin the title track “Feast of Maggots”, second one being “Misanthropic Ways”, third one being “I Will Die In Here”. The song is probably the most melodic one on the album, but the most refreshing one, with great tempo changes, captivating chord progressions and on top of that at sometimes a doom-feel to it.
Because of the oldschool feel to the album, I would definitely describe “Feast of Maggots” as being authentic . The production achieves the right balance to prove that even more. The sound is dirty enough to still the darkness and aggression, but it’s clear enough to allow the melody and the songwriting to shine through. Of course the production of this album is not perfect yet and still can have some improvements, but in a way, especially when considering the style of these songs, it totally works well.
With crushing its guitars, aggressive vocals and blasting drums, this album is definitely worth a spin if you like that oldschool death metal sound and in general like death metal acts like Bolt Thrower, Morbid Angel or Autopsy. 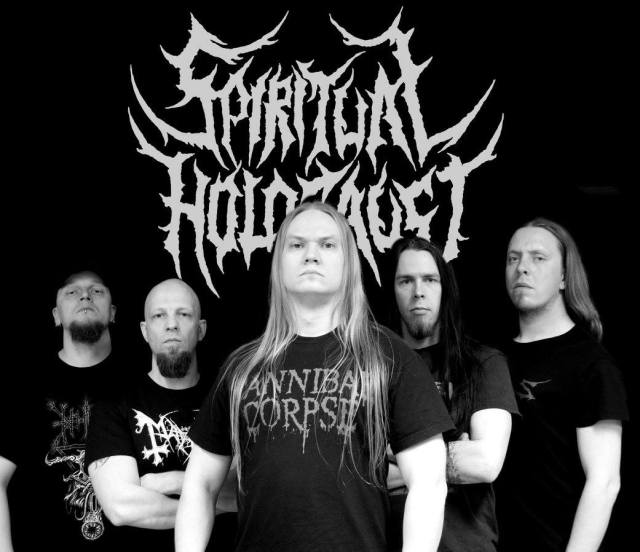 By Guest Contributor 1 week ago