Remember how we announced a little while ago that we would start a new thread called “Featured Single”, which is an addition to our new playlist on Spotify to promote local bands in the Finnish metal scene? We have added a lot more singles to our playlist and today we are back with a featured single! So stayed tuned for a very addictive song that you will want to listen to right away. 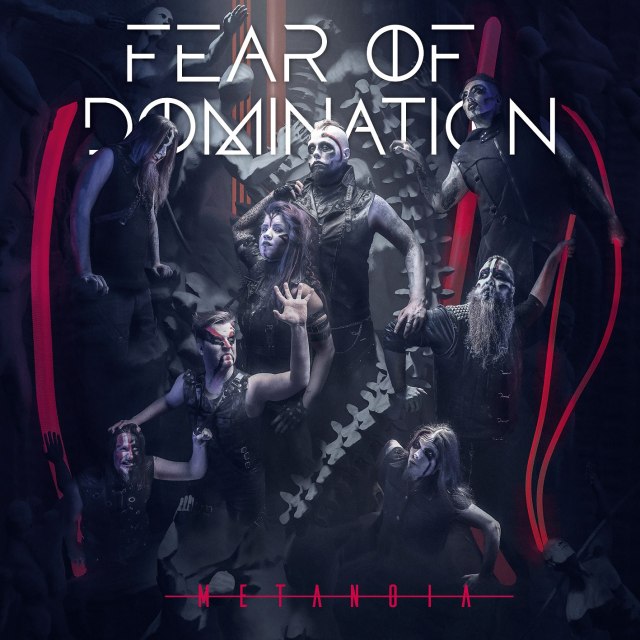 Fear of Domination returns with their “Face of Pain” single. The song was released on Friday 13 April. Fear of Domination’s sound has evolved for over the years and have now established their distinguishable own sound within the spectrum of Industrial Metal. The latest single releases are the first ones with their new lineup, which is something that did have an effect on their sound.
Lyrically speaking “Face of Pain” is about expressing pain. It’s about what pain is, how we all feel it and express it. How pain shows itself. The question now is whether if we listen to the song, without listening to the lyrics, we can also feel that?
Yes, we can! The song is quite edgy, more aggressive and brutal than the other two singles that so far have been released for upcoming album “Metanoia”. “Face of Pain” starts off with a piercing intro, a melody that often recurs in different forms throughout the whole song. This is basically what makes the song not only very layered and detailed, but also what ensures that it will also get stuck in your head for a while. “Face of Pain” offers both chunky grooves and riffs and prevalent electronic elements, manifested through beats and liberal use of synths and keyboards, but sometimes through vocals. All of this is blended into a coherent whole that will make you crave for more.
So let’s get our facts sorted out here. If you want to listen to a very catchy song, that will make you want to hit that replay button instantly. You like dancing to beats, or losing yourself in the moment, then “Face of Pain” is for you. Listen to the new single here:
https://open.spotify.com/embed/track/1J3gUPtXJuTGxUKbAmctKZ

By Laureline Tilkin 3 months ago